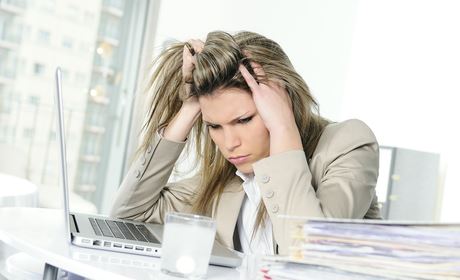 We are making great progress in the fight against mental health discrimination. Studies and surveys show that our attitudes towards people with mental health issues are far more progressive and closer to the reality of the matter than they used to be. However, workplaces seem to be lagging behind in this area.

Despite legislation to protect the mentally ill from discrimination in the workplace, many workers with mental health issues still feel unable to notify their bosses of problems they may be experiencing, for fear of misunderstanding and discrimination. This is particularly concerning, given that workplace stress is considered a major contributory factor in the development of many mental illnesses – which is something which employers very much need to be aware of.

The Americans With Disabilities Act makes it illegal to unreasonably discriminate against an employee suffering from mental health issues. When notified of the problem, employers are required to make ‘reasonable accommodation’ for mentally ill employees. It is up to the employee to inform the employer of the need for such measures, as it is illegal for employers to ask questions about a member of staff’s mental health or psychiatric history in an interview.

If you believe that you are being maligned, bullied, receiving pay cuts or demotions, or even being fired due to mental illness, you are perfectly within your rights to take this up with the authorities. However, it should be noted that, if your mental illness significantly impairs your ability to do your job, your employer is within their rights to modify your job responsibilities in such a way as to make things more possible. It’s also worth noting that substance abuse disorders tend to fall outside the remit of the ADA, because of their potential to cause disruption to others within the workplace.

One reason why employers may be reluctant to embrace their responsibilities when it come to mental health is that to do so would involve simultaneously embracing the fact that they may be part of the problem. Workplace stress is a huge, huge problem in the modern world.

There are various reasons for this, among them being the fact that modern technology means that we are no longer as able to ‘clock off’ from work as we used to be. Many of us are now checking emails and lining up tomorrow’s workload in hours which, prior to smartphones etc, we would instead used for relaxing.

Furthermore, overtime has become an accepted and expected part of the modern working life, rather than the rarity that it used to be. And the faster-paced nature of the modern world means that deadlines push harder and are more frequent than they used to be. More and more, work is eating into our leisure hours, and that (among other things) leads to quite a lot of stress. Which is problematic, as stress leads to a great many mental health problems. Stress is often associated with depression, with anxiety, with substance abuse, and with eating disorders.

What is more, those already suffering from mental health problems often find that they are exacerbated by workplace stress. Clearly this is an issue which employers need to address.

What Can Be Done?

Perhaps the most important thing which needs to happen is the raising of awareness about mental health problems within the workplace. Employers need to be educated about the conditions they may encounter, how they impact upon the life of the sufferer, and their own responsibilities should one of their employees disclose mental health problems.

It would also be beneficial for greater awareness of the problem of workplace stress, and many employers could do with a primer in how to ensure that their employees are less stressed and more able to cope with their workload and workplace culture. For those who are resistant to this, it is worth mentioning that workplace stress is very bad for business, as it results in illness, time off work, and greatly reduced workplace performance.

It is in the interests not only of stressed employees, but also of employers themselves (and, indeed, the economy as a whole!), to take better care of the mental health of the workforce.