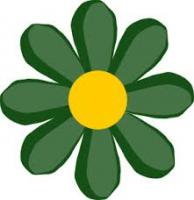 When Cindy and her husband decided to get a divorce, they agreed to split their debts 50/50. After the divorce, Cindy diligently worked at paying off her debts. Her ex husband on the other hand did not. Not only did he fail to pay off any of his half of the debt, but he stopped paying the mortgage on the home they had shared and lost it in foreclosure. He also decided to quit his job and stop paying alimony and child support.

Without alimony and child support from her ex husband, Cindy could no longer keep up with all the bills on her own. On top of that, her credit card company contacted her about a maxed out credit card that she had shared with her husband. The balance was 20,000. The credit card company is threatening to sue for the full amount and garnish her wages. Now bankruptcy appears to be her only option. Cindy thought divorce would be a fresh start, but so far things have only gotten worse. This entire situation could have gone differently, if she had followed some simple advice.

Anyone who has ever been through divorce knows that it doesn’t always mean the severing of all ties. This is especially true when you share unpaid debt. While the marriage may be terminated, creditors will still hold both accountable if both names are on the loan or credit card. You are never completely free of an ex spouse until all shared debts are paid off.

In a divorce where the two share unpaid debt, the best approach is to pay off those debts before the divorce is finalized. That way, one isn’t negatively affected by the other’s financial irresponsibility down the road. The couple may need to sell off assets to pay these shared debts. It at all possible however, these shared debts should be paid off.

If you’re in a situation similar to Cindy’s, it’s too late to go back and follow this advice. Fortunately there are still other options left. If you’re left to pay off the debts your ex spouse is responsible for, there are a few things you can do. The first is to reach a debt settlement. Because creditors prefer to get some of what is owed them, they’re often willing to settle for a portion of the debt rather than have the borrower file for bankruptcy and get nothing.

If the creditor won’t settle or if the settlement is still more than you can afford, you may want to talk to a bankruptcy attorney. The unpaid debt will continue to follow you and prevent you from having the fresh start you were looking for when you filed for divorce. Bankruptcy can be the means of getting you that fresh start.

Business, real estate, and bankruptcy law and litigation news brought to you by mbblegal.net