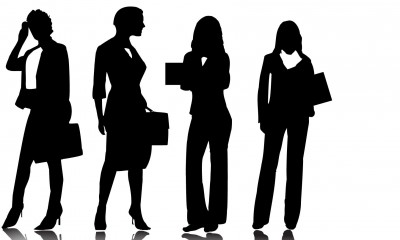 Being in business regardless of your gender is difficult. It becomes even more difficult when you add on the fact that women have a harder time at becoming successful than men do. The reason isn’t linked to the fact that women are less intelligent, it’s that there is often a high amount of misogyny involved.

Women are treated differently in the office. They’re discriminated against, taken advantage of, and ignored all together. The findings related to this matter are more than mere speculation. The amount of research that has gone into finding out whether or not women are indeed treated worse than men in the business world more than backs up the claims, and in several different aspects.

While it’s sad that women are given less of a chance and are paid substantially less than their male counterparts, the trends are slowly changing to the favor of women, but only because awareness has been spread.

Lucky for women, there are great resources available out there that help women not only succeed in business, but they help them to excel and grow to be all that they can be. For the woman in business, here are some of the best resources you can have close at hand:

Even though you’re a brilliant business women, the job doesn’t come without learning curves. Especially when technology is changing so fast. Technology is your greatest asset as an entrepreneur and business owner, but it can also be a downfall when there are problems that you’re not quite sure how to troubleshoot.

Thankfully help is closer than you think, in fact, it’s just a phone call away. You’re sure to encounter something that will give you trouble. Instead of wasting valuable time learning how to solve the problem on your own, just call up somebody who knows and you’ll be able to be on your way a lot faster.

Hallelujah! Being a woman finally means you get something good for it. In a world where men are often celebrated just for the fact that they’re men, as a woman in business, you’re eligible to apply for grants and other federal help just for the mere fact that you’re a woman in the business world.

Talk about benefits. You can’t miss out on applying for the grants that could take you to the top. Once you’re there, you could literally change the face of the business world for women forever. Change can be instigated by one person. The road to the top isn’t easy, but it’s one that is worth it when you see the good you’re doing to the entire female species.

Last, but certainly not least is a resource called Score. It’s a place where you can learn from mentors. Best of all, it’s free. This resource is a no brainer. Being an entrepreneur means that you’re not afraid to take risks and you’re willing to have your ego knocked around a little bit. Score will do both for you. You’ll get great advice from others who know what they’re talking about, and once again, t’s free, so you can take or leave the advice, but it can never hurt to try it.