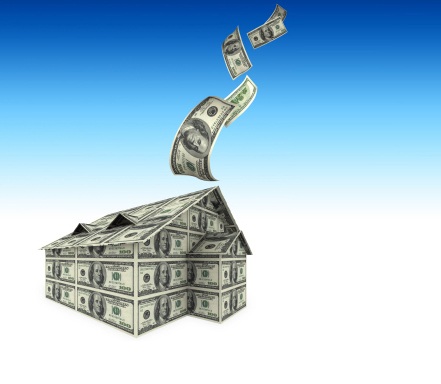 When it comes to erecting a building, few people would dispute the importance of establishing a strong foundation. It’s no different in building a business, a family or a life.

In 2000, we watched many of the dot-coms become dot-GONES. One of the reasons for this is that these companies were built without solid foundations. It’s not only brick and mortar companies that need firm footings.

The emphasis today is on instant gratification. But if we want to build something of value, something that will last, we must build a foundation that will support our vision.

The quick fix, the quick buck and the quick solution will not endure. The individual who shoots to the top of his or her field only to self-destruct is often the victim of not having solidified the values and the structure to support the stardom. It takes effort and it takes conviction, but the rewards are worth it.

Keep Your Eyes on What You’re Building

There was once a man passing by a construction site. He stopped and asked one of the tradesmen what he was doing. The worker replied gruffly, “I’m laying bricks, can’t you see that?” The man watched a while longer and then asked another worker what he was doing. “I’m just earning a living,” he replied. A third time the man asked a worker and the response was much different, “I’m building a cathedral.”

No doubt the personal happiness and the quality of the work from the last man was much better than from the first two.

And what about us? Are we just collecting a paycheck, doing drudgery work—laying bricks? Or are we building a cathedral?

By staying focused on what we’re building and seeing the task at hand as accomplishing that purpose, we’ll gain greater satisfaction, our work will be lighter, and we’ll create more excellence.

I recently watched a building being constructed. (I must admit I was tempted to ask some of the workers what they were doing.) For months, there seemed to be little progress. There was plenty of dust, lots of activity, but very little evidence that anything was really happening.

That’s because they were building the foundation—the foundation to support a grand structure. And that takes time.

The engineers, the architect and the owner certainly weren’t standing around saying, “Where’s the building? Why can’t I see more progress?” They knew that a majority of the time to construct the building would be spent in laying the groundwork.

Once the foundation is ready and cured, the rest of the construction happens at impressive speed. Even mistakes made in the superstructure can be corrected without too much difficulty. But faults in the foundation CANNOT be easily repaired and will jeopardize the entire structure.

And why should what we build be any different? We need to put strong foundations under our dreams, our businesses and our relationships. I believe that this is where many people struggle. They’re too focused on the payoff and don’t give enough attention to the hard work and careful planning required in building the substructure. They want to start putting up walls and bringing in the business too soon.

And in the end, most fail because there’s not the right support.

Every business, every marriage, every cause will be tested. Just being a “good guy” and “doing the right thing” will not insulate you from the gales, the attacks and the infestations that will most definitely occur.

But with a strong foundation, built with good materials, with painstaking effort, your structure will be one that withstands all assaults and fully supports your endeavors.