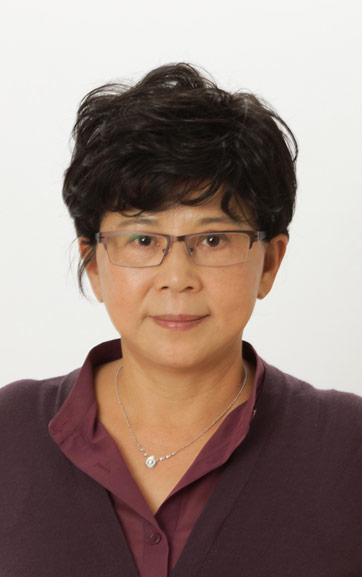 For Naishu Wang, MD, Ph.D., a proper work-life balance is an essential ingredient for success. So is a limitless reservoir of curiosity, along with a genuine desire to help people. From her time as a doctor in China to her present-day position as the president and CEO of Alfa Scientific Designs Inc., Dr. Wang’s unyielding commitment to quality service (and eventually, quality products) has remained as steady as ever.

From the Medical Room to the Boardroom: Dr. Wang’s Unlikely Journey

A native of China, Dr. Wang earned her medical degree at the Chongqing University of Medical Sciences. She was a practicing physician for years in China, and then decided to take a leap of faith and immigrate to the United States over 32 years ago.

So what caused Dr. Wang to move to America after a successful stint as a doctor in China? Call it a desire to explore and learn, with just the right amount of untapped opportunity.

Dr. Wang’s meticulous attention to detail as a physician enabled her to envision a different career path, which eventually led to her leadership role at ALFA. But years before her position at ALFA, Dr. Wang first had to leave her native country, gain additional education in the United States (she received her doctorate from Ohio University in 1991) and collect invaluable executive experience at medical-oriented companies. For example, Dr. Wang led the Medical Diagnostic Divisions at Applied Biotech Inc, and Allied Biotechnology International in the early to mid-1990s.

“Through it all, I never lost faith in myself,” said Dr. Wang. “I realize how hard it is to switch careers mid-stream, but it’s even more difficult to make the transition in your adopted country.”

But before she moved to the United States, Dr. Wang already had her own cutting-edge theories about early diagnostic methodologies, “Back in the 1980s and 1990s, most IVD testing was performed by ELISA, and then lateral flow devices,” Dr. Wang explained. “I envisioned a superior testing configuration, where additional force could be used to transfer immune particles more rapidly and more consistently. I knew there were many challenges ahead, but I also realized the tremendous benefit for future IVD testing.”

In 1996 Dr. Wang saw another opportunity from both a personal and professional level and made the leap of faith by founding Alfa Scientific Designs, Inc. Her company’s initial product lines consisted of devices to detect different disease states, like cancer, and also identify the presence of drugs of abuse, infectious diseases and fertility hormones. ALFA’s major objective is to develop novel platforms and to make high quality and advanced rapid, medical in-vitro diagnostic (IVD) devices for the detection of a variety of diseases. Part of ALFA’s concepts for future innovation was inspired by Dr. Wang’s never-ending quest for a groundbreaking new technology in the field of IVD testing. She expanded on her initial knowledge and spent many long hours at ALFA creating and developing her new IVD technology.

Within the regulatory framework of the U.S. Food and Drug Administration (FDA) and other agencies, ALFA’s products quickly gained a foothold in the U.S. medical device market resulting in explosive growth. The company started with just three individuals, but has grown to almost 100 employees during the past 20 years and manufactures more than 50 products that are made in the USA and sold globally!

What have been Dr. Wang’s keys for business success? For one, she embraces scientific technological innovation. Plus, constant improvements in ALFA’s manufacturing processes and advanced automation have helped the company produce high-quality and reliable products that resulted in dynamic growth. Combined with exceptional, industry-leading customer service, Dr. Wang’s passion and dedication to ALFA are revealed with each new product and each new client.

When Dr. Wang arrived in the United States in the 1980s, the initial culture shock was significant, but not entirely unexpected. “When I first came here, I didn’t have what you’d call a ‘business mind,’” said Dr. Wang. “But I soon realized that everyone has an opportunity in the United States, especially if they have drive and determination. That was a big difference between China and America, at least in the 1980s. In the United States, small business is encouraged.”

One of Dr. Wang’s groundbreaking ideas, Driven Flow™ Technology, was nurtured during her years working within the IVD industry. Throughout the late 20th century, lateral flow was the benchmark delivery method for immune particles in IVD testing. But Dr. Wang envisioned revolutionizing the industry; her ideas and philosophy informed what would eventually become ALFA’s patented Driven Flow™ Technology

This entrepreneurial spirit resulted in a major award for ALFA. In 2002, the company was named Minority-Owned Small Business of the Year by the U.S. Small Business Administration. Additionally,    Dr. Wang is a lifetime member of America’s Registry of Outstanding Professionals. Plus, she is involved with the U.S. China Entrepreneurs Association (UCEA), an organization that works to bridge business activities between the U.S. and China.

Such significant achievement would cause many to rest on their proverbial laurels, but not Dr. Wang. This year, 2016, ALFA is celebrating their 20th anniversary, and under Dr. Wang’s leadership, they continue to innovate and expand; along with their drug tests, fertility tests, cardiac, cancer markers and other diagnostic products, her firm also offers an expanding services division, including custom assembly, packaging, OEM management and private labeling.

After countless hours spent improving her new IVD testing methods, Dr. Wang’s technology was brought forth successfully in ALFA’s testing labs. The result may very well change the face of IVD testing forever, as diverse applications and industries – law enforcement, medical labs, healthcare facilities and more – will be able to enjoy fast, accurate test results as quickly as one minute. The long envisioned revolution of an industry has finally begun for Dr. Wang.

What are Dr. Wang’s keys to achieving her goals? Hard work, strong self-belief, and don’t forget to have fun along the way. She has many interests and hobbies, including travel, ping pong, reading, dancing and more.

Dr. Wang’s formula for success includes a steadfast commitment to excellence, combined with an entrepreneurial spirit of innovation. This determination has helped Dr. Wang achieve remarkable milestones, and also makes Alfa Scientific Designs Inc. one of the most promising rapid medical point-of-care IVD manufacturing companies in the world.