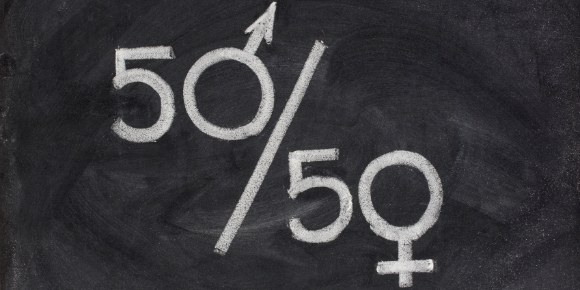 Women have had to fight for their place in the world. It wasn’t until 1920 that women were even given the right to vote. There have been great historical trials for women, and even though women have gained many rights in the last century and made a place for themselves in a man’s world, women are still fighting for equality and equal opportunity in the workplace.

Today, there is still great inequality surrounding women in the workplace. It manifests itself in different ways, including sexual harassment, discrimination based on sex, withholding of promotions, wage gap, appearance, pregnancy and family life, and physical ability.

There are many movements aimed towards protecting women who feel that they have been subject to inequality. The most famous women’s rights organization is called The National Organization for Women, or NOW. This organization has helped women in the face of inequality on all levels, from the workplace to reproductive rights.

There are other organizations that aim to level the playing field for women, but unfortunately, discrimination in the workplace hasn’t stopped.

Women make up over half of the United States population. Approximately 50.8% of the U.S. is comprised of women, and according to the Center for American Progress, women hold 60 percent of undergraduate and master’s degrees.

If women are more educated, why are they being treated as less important than men? Women hold 47 percent of law degrees, 48 percent of all medical degrees, they make up 47 percent of the United States Labor Force, and a whopping 59 percent make up our college educated entry-level workforce.

Maybe the reason there hasn’t been change is because there are no women in the positions that facilitate change in the world. In any case, the change shouldn’t be left up to women alone, and the movements that do exist out there to help this cause need to be brought to light.

With this being said, there are tools available that can help women achieve workplace advancement with a little more ease. For example, there are free printable purchase order templates available online that significantly help a business owner stay organized and on top of their game. There are also many other movements and resources that help women in business.

Change doesn’t happen overnight, and it can take a long time to change somebody’s ideas towards a certain subject. Economic situations, as well pressure in the realm of finances and ultimate lack of training in the realm of diversity, all lead to equality in the workplace coming to a halt.

Many times, claims of inequality in the workplace due to sexual harassment or unequal pay get lost because there is never a proper paper trail of the complaint, and the perpetrator of inequality doesn’t get properly punished.

It’s ultimately about properly educating the people who sit in positions that inspire change. If they’re correctly educated about what women can do, the rights they deserve, and the value they bring to any business, they are less likely to be the ones causing harm.

Anybody can be a voice for equality. It doesn’t just have to be women, and at this point, it can’t be. If men sit in almost every position out there that holds power to change, they have to be the ones to stand up and speak for the women around them as equals.