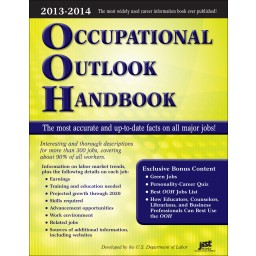 Recent reports have indicated jobs are continuing to climb after the recession, but that’s not the case for all occupations—some are projected to decline in the coming decade, according to JIST’s recently released Occupational Outlook Handbook 2013–2014.