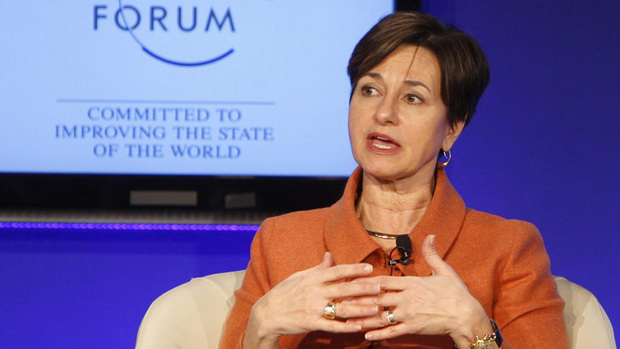 Women promoted based on performance, men based on potential

The ratio of female senior executives at Fortune 500 companies declined this year, according to a new tally, suggesting women still have a long way to go in achieving gender equality in business.

Women held 14.1 per cent of so-called C-suite positions this year, down slightly from 14.4 per cent last year, says the report released Wednesday by Catalyst, an international advocacy group for women in business.

Only three of the Fortune 500 companies — Thrivent Financial, manufacturer ITT and apparel maker Limited Brands — had at least half of their executive officer posts occupied by women.

In comparison, 136 of America’s biggest companies, including corporate behemoths Apple, Citigroup and News Corp., had zero female executive officers. Oil giant Exxon Mobil, the No. 2 company on the Fortune 500, had no senior female execs despite maintaining one of the largest upper management staffs in the world, with 20 executive officers.

The findings mirror Catalyst’s most recent study of top Canadian corporations, where only 17.7 per cent of senior officer positions were held by women in 2010. The Canadian number is a few points higher than in the United States because the Financial Post 500 list of companies used in the analysis includes Crown corporations, which have nearly twice as many female senior execs as publicly traded businesses.

“We often make an assumption, not just in Canada but in other countries, that we’ve achieved equality for women and we can move on to talk about other issues,” Deborah Gillis, Catalyst’s senior vice-president, told CBC News last month.

“This is a real reminder and wakeup call to the business community and leaders at all levels.”

The Catalyst study of Fortune 500 companies found that 16.1 per cent of their directors were women, up a bit from 15.7 per cent in 2010. But overall, women “are no further along the corporate ladder than they were six years ago,” the organization said.

Catalyst says its research has shown time and again that having more women in the boardroom and in senior executive positions correlates with higher profitability and efficiency, but also better corporate ethics.

A separate study the organization released Wednesday looked at three indicators of corporate performance at Fortune 500 companies between 2004 and 2008. Companies with the most female directors on their boards significantly outperformed those with the least on two of the three measures, and had no appreciable difference on the third.

Gillis says women often don’t get ahead at companies because they don’t have access to as many professional networks as male employees, or to people at higher ranks who can take them under their wing and sponsor them. And contrary to stereotypes, it’s not because women are less aggressive in pursuing raises or promotions. A Catalyst paper published in October found that female MBAs were just as likely as male counterparts to negotiate for higher salaries or more senior positions during the hiring process.

When women do rise the corporate ladder, it’s more frequently by being promoted within a company, whereas men tend to move up by getting hired to a more premium job elsewhere, Gillis said.

“Women are promoted based on performance and men based on potential.”