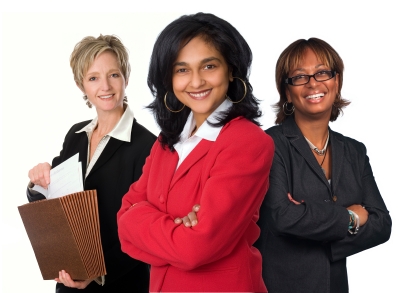 New York, NY: October 23, 2012— When it comes to career success, attractiveness and hard work don’t match influence of “executive presence (EP)”, according to a new study from Center for Talent Innovation. In a survey, 268 senior executives cited executive presence–being perceived as leadership material–as an essential component to getting ahead. In fact, executive presence accounted for, on average, 25% of what it takes to get promoted.

The findings contribute fresh, startling new insight as to why so few women make it to C-suite. Though work/life balance challenges are often cited as a major factor, fact that many women do not understand executive presence, let alone how to exude it, also plays an important role, according to study.

The study, which will be published in November issue of Marie Claire, on newsstands October 23, aims to close information gap about executive presence—especially for women and multicultural professionals—by defining three areas that govern perception of “leadership material”:

Women and multicultural professionals surveyed feel that y are held to stricter standards of executive presence and are given hopelessly contradictory feedback on expectations.

In addition to defining and unpacking often-murky concept of executive presence, study also provides tactics for individuals, managers, and HR professionals to improve ir own and o r’s executive presence. By understanding nuances of this key leadership competency, individuals and corporations can work to ensure that top talent advances and companies reap full leadership potential of ir most promising employees.

“One of our goals at Marie Claire is to provide working women with tools for a successful career,” said Marie Claire Editor-in-Chief Anne Fuldenwider. “We are pleased to partner with Center for Talent Innovation on this study and empower our readers with insight y need to get ahead in workplace.”

Sylvia Ann Hewlett is an economist and founding President and CEO of Center for Talent Innovation where she chairs Task Force for Talent Innovation. She also directs Gender and Policy Program at of and Public Affairs, . Dr. Hewlett is a member of Council on Foreign Relations and World Economic Forum Council on Women’s Empowerment. She is author of 10 Harvard Business Review articles, 11 critically acclaimed nonfiction books including Off-Ramps and On-Ramps, and Winning War for Talent in Emerging Markets (Harvard Business Review Press), and is ranked #11 on “Thinkers 50” listing of world’s top business thinkers. Her writings have appeared in New York Times and Financial Times, and she’s a featured blogger on HBR.org. She is a frequent guest on television, appearing on Oprah, Newshour with Jim Lehrer, Charlie Rose, Today Show, and CNN Headline News. Dr. Hewlett has taught at , , and universities. A Kennedy Scholar and graduate of , she earned her PhD in economics at .

Lauren Leader-Chivée, Senior Vice President at Center for Talent Innovation and Partner at Sylvia Ann Hewlett Associates, has 14 years of experience in human resources leadership and management consulting. Before joining CTI she advised hedge funds, investment banks, and Fortune 500 companies as an independent talent management consultant, and as part of human capital practice at Booz & Company. Before that, she was Vice President of Human Resources at OfficeTiger and held HR leadership roles at Credit Suisse and Pfizer. She is coauthor of CTI publications The Battle for Female Talent in India, and The X-Factor, and Harvard Business Online blogs. She’s on steering committee of Aspen Institute’s Socrates Society and is a term member of Council on Foreign Relations. She is a graduate of .

The Center for Talent Innovation

The Center for Talent Innovation (formerly Center for Work-Life Policy), a non-profit “think tank” based in New York City, has emerged as a thought leader in diversity and talent management, driving ground-breaking research and seeding programs and practices that attract, retain, and accelerate new streams of talent around world.

The Center for Talent Innovation’s flagship project is Task Force for Talent Innovation (formerly Hidden Brain Drain Task Force)—a private-sector task force that helps organizations leverage ir talent across divides of gender, generation, geography, and culture. The 75 global corporations and organizations that constitute Task Force—representing 4 million employees and operating in 190 countries around world—are united by an understanding that full utilization of talent pool is at heart of competitive advantage and economic success.

Marie Claire (www.marieclaire.com) is fashion magazine with character, substance, and depth, for women with a point of view, an opinion, and a sense of humor. Each issue is edited for a sexy, stylish, confident woman who is never afraid to make intelligence a part of her wardrobe. A culturally relevant experience, Marie Claire is published in 35 countries and is read by more than 15 million worldwide. The magazine was founded in 1937 by French industrialist Jean Prouvost, whose goal was to present realities of life mixed with fashion and beauty coverage. The American edition is published by Hearst Magazines, one of nation’s largest diversified communications companies. With its acquisition of Lagardère SCA’s 100 titles in 14 countries outside of , Hearst Magazines now publishes more than 300 editions around world, including 20 titles. Hearst Magazines is a leading publisher of monthly magazines in in terms of total circulation and reaches 82 million adults (Spring 2012 MRI). Follow Marie Claire on Twitter at @marieclaire.