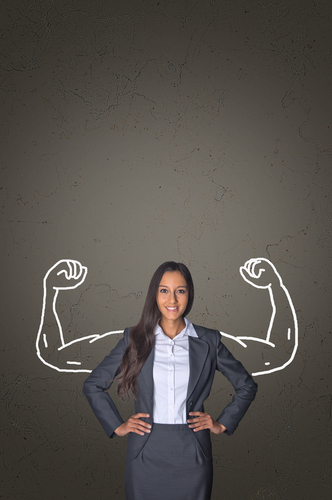 There are 9,932,434 women-owned businesses in the United States, a 27.5 percent increase from 2007 to 2012, according to the National Women’s Business Council. Meanwhile, a CNN Money Analysis found only 14.2 percent of the top five leadership positions at the companies in the S&P 500 are held by women. Those figures are both good and bad news as women continue to rise through the ranks, but at a slower pace than men.

But how women conduct business changes the marketplace. By taking a look at what some of our female business leaders are doing in the workplace, we can see how it impacts our day-to-day lives. Specifically, women in technology are helping to bridge a human connection between device and customer. Here’s a look at how some of the leading women in business are revolutionizing the marketplace.

Enterprise call center software solutions Aspect works to blend the logical and emotional appeal of digital customer interfaces by humanizing them. Strategist Valeria Maltoni speaks prolifically on these issues about technology and humanism meeting to help us realize our potential in organizations.

Aspect’s Senior Vice President of Customer Care Gwen Braygreen’s core responsibility is empowering the team’s customer-focused support culture. She works to foster the resolution of technical issues while simultaneously communicating and connecting with the company’s customers. In other words, she helps honor the customer’s voice while connecting to the technological issues at hand.

Chairwoman and CEO of Xerox, Ursula Burns, transformed the company from a printer and copier service to a diversified business services company serving enterprises and governments. She started as an intern at Xerox in 1980 and took her first big leadership role as President in 2007. Burns embraced the idea that businesses needed a more comprehensive approach to services that connected people to technology. But the article she penned for Forbes revealed her biggest lesson learned lately is to trust and listen to your team. Instead of relying on spreadsheets and growth figures, she turns to her leadership teams to guide the company towards continued success.

Sheryl Sandberg, COO of Facebook, imparts plenty of wisdom in her book “Lean In.” She encourages that you can both love your kids and your job and that you don’t need to be around all the time for either in order to excel at both. Recent tragedy tested that wisdom when her husband unexpectedly died in 2014 and she had to step into a completely different role as a grieving parent and leader.

Her profound and heartfelt essay on Facebook shares that she realized she needed to let her colleagues in, even if it meant being more open and vulnerable than she wanted to be. It helped address their anxieties and the elephant in the room to move on in the grieving process, as well as move forward in her COO role and bring a new meaning to humanizing business.