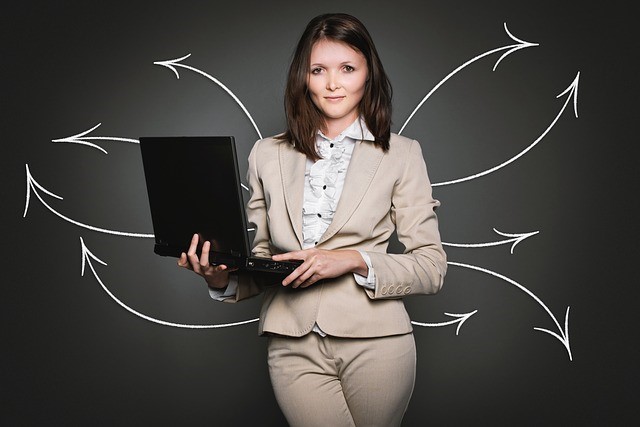 In a recent article published on LinkedIn, Melinda Gates called out the corporate world. She highlights the inequalities still facing women and minorities in the workplace, despite the progress that’s been made in the last 70 years.

Anyone who’s held a job probably has a story about it, or can at least recognize the disparity in opportunities available to those who aren’t white males. And while there has been undeniable progress, there’s still a long way to go, especially to provide for the women of tomorrow’s workforce.

It’s an impossibly daunting task, and many of us feel that we don’t have the emotional or economic capital to exact any sort of change. While that may feel true, there are strides being made and opportunities for change on every rung of the business ladder.

There’s been an upswing in workplace culture awareness lately — employers are realizing how much of a difference it can make, and the transparency of wildly successful firms offers inspiration for change. However, despite having more women in the workforce than ever, considerations for traditionally female responsibilities are still overlooked in culture updates.

Women still carry the burden of most household organization and direction, as well as performing the emotional labor required to run a household.Maintaining full-time employment while managing a household places an increased strain on women across the board.

It used to be more common for employers to offer on-site childcare, a perk that is now almost as rare as paid parental leave for when children are sick. Surprisingly few employers have spaces set aside for new mothers to pump breastmilk or offer flexible hours for parents of young children.

Remote work could mitigate many of these concerns, especially as the numbers of hours expected from employees continues to grow. However, it will not be enough. Resources for traditionally female functions are not often considered by C-suites full of men. Change will need to be advocated for from the bottom up, by both women and men alike.

Women in leadership roles can be powerful advocates for their female employees. While C-suites have traditionally be dominated by men, the presence  of women in leadership is growing. Businesses with women in executive seats have a higher valuation than their all-male counterparts, and the implications inspire hope.

Companies and stakeholders benefit from the different perspectives that women (and minorities) have to offer the business world. Diversity within leadership leads to more inclusive, considered decisions that may play better in the market. While business decisions may be deliberated on longer, the conclusions reached are more informed.

Women are also working themselves into less mainstream industries traditionally dominated by men, making them role models in everything from train driving to auctioneering  . Opening up opportunities for the girls of tomorrow requires providing welcoming mentors across the board, and living lives that truly embody the “you can be whatever you want” mindset.

As women in the workforce are trending up, so are female entrepreneurs. While business ownership has previously been a male-dominated field, women are now opening mo re than 40 percent of new businesses. This opens doors for more female-to-female networking that will be a strong support system of women in business taking care of one another.

Female-led businesses may be flourishing, but their funding, unfortunately, is not. Banks continue to turn women away when they seek business loans, and venture capitalists pass on female CEOs even more often. Intrepid ladies are left turning to crowdfunding, familial loans, or small-business grants geared towards women.

Women haven’t stopped trying, though, or pushing to be taken more seriously. There are more public positions occupied by women, and our advocating voices are getting louder. Entrepreneurs are paving the way for successive women with innovation and a voice of experience.

Looking to the Future

There’s no shortage of inspiring women to look to, but nothing says you can’t be one of them. In fact, you probably are someone’s role model, whether you know it or not. If you don’t feel like it, though, try one of the following things to empower your inner leader: