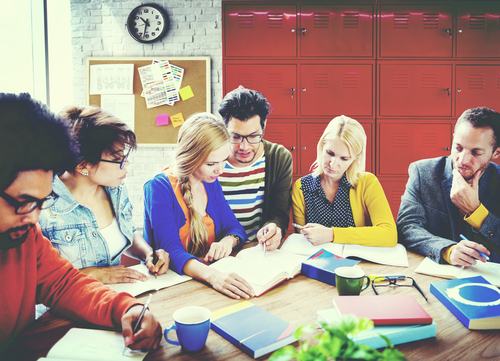 Starting a business is daunting to say the least. It’s not easy nor is it for the faint of heart. However, that is what makes an entrepreneur different. Entrepreneurs are risk takers; they are people who are willing to risk everything, financially and career wise, to grow their ideas and businesses.

If you are planning on starting a business, you should study the actions and traits of those who have been successful as there are many lessons we can learn from successful entrepreneurs and startups to give ourselves a better chance at hitting it big.

A savvy entrepreneur plans and takes calculated risks. You don’t start an ice cream shop without knowing how to make ice cream or without finding a place to serve your customers. So, don’t start any other business without the right tools in place. You should, at a minimum, have a business plan and some infrastructure before you start out. Digital Asset Management Software (or cloud-based programs) should be high on your list, too. Consider something like WebDAM, which provides cloud storage, workflow solutions and more.

Don’t Be Afraid to Fail

CEO of Yahoo Marissa Mayer says that she always does something she’s not quite ready to do to push herself to grow. She explains that when you push through those moments, you have a breakthrough and a wow moment. This is helpful advice because no matter how much you prepare, you must be ready to fail. While this may seem like a bad thing when it happens, failure is often the best route to success. The lessons learned from a failed venture often provide the wisdom and drive you need to be successful.

Take for instance Oprah Winfrey. She was fired from her first TV job because the news station believed she invested too much emotion into her stories. This emotional investment would become her trademark and capture the hearts of millions of Americans. Here is another one: It took Sir James Dyson 15 years, all of his savings and 5,127 prototypes before he succeeded in making his first vacuum cleaner. Dyson failed at least 5,126 times, and now he is now a billionaire. What do these two people have in common? They failed, but didn’t quit. Find that quality in yourself and you are on your way to becoming something great, even if it takes a few attempts.

Successful business people know exactly what they hope to achieve and stay on task. For example, Jenny Craig states that her husband tells her that she’s the most unrelenting person he’s ever met. She explains that if she commits to something, she sticks to it no matter what. Since you can’t be everything to everyone (at least at first), stay focused on what you do, and do it well. Be unrelenting in your focus.

Martha Stuart claims that it is possible for anyone to be a CEO. More than anything, as you can see from the case studies above, successful entrepreneurs believe in their visions. You have to have faith that you will succeed, even when you don’t. Doubting your abilities is costly, both mentally and financially. If you don’t believe in what you are doing, nobody else will either. Think positively, but not unrealistically.