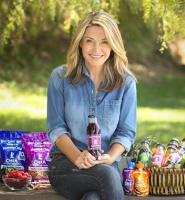 Persistence, Passion and the Power of Natural Foods

A small yet powerful food. A nascent organic market. Challenging health issues. And 100% passion and belief in eventual business success – put it all together, and you have the inspirational story of Janie Hoffman, founder and CEO of Mamma Chia.

Chia, used for thousands of years by ancient civilizations in Central and South America, has enjoyed a modern renaissance of sorts, with Mamma Chia founder Janie Hoffman leading the way.

Ms. Hoffman dealt with autoimmune-related maladies for years as a young adult, but experienced positive results after incorporating chia seeds into her diet. “Lupus, head-to-toe rash, muscle weakness – you name it, I had it. Changing to an organic diet helped, but when I started eating chia seeds, my disorders went into complete remission within three months.”

“When I first heard about chia seeds from a friend, it sounded too good to be true,” said Janie. “But after thorough research, I found out that this tiny seed is absolutely packed with nutrients, Omega-3s, fiber, protein and much more.”

From there, Janie’s effusive spirit and helping attitude soon had her offering home-made chia treats to friends, family and acquaintances. She received overwhelmingly positive feedback on her recipes and, in 2009, Mamma Chia was born right in her kitchen. A year later, she was pitching the idea for her chia-infused snacks and beverages to nationwide distributors.

Janie is quick to give credit for Mamma Chia’s success to an open mind, carefully cultivated relationships and surrounding herself with wise souls. She has utilized an innovative, hands-on approach in helping build Mamma Chia into a globally-recognized brand, personally performing all of the in-store demos herself for the first year. Janie’s personal footprint set the tone for initial success, and as the company has grown, the Mamma Chia brand has capitalized on the contributions of countless other Mamma Chia team members.

In the past few years, Janie has earned plenty of individual accolades. In 2012, she was named BevNET’s Person of the Year, and recently captured a coveted spot as one of Beverage World’s prestigious “Category Disruptors.” Meanwhile, Mamma Chia products continue to garner praise from customers and critics alike. The Organic Chia Granola Clusters were named Delicious Living’s 2015 Best Bite, and Prevention recognized Mamma Chia’s Maple & Pecan Chia Vitality Bar in their 2016 Cleanest Package Awards.

Ms. Hoffman’s legendary passion and attention to detail manifests itself in many ways, all of which have contributed to Mamma Chia’s explosive growth. But perhaps the most interesting part of Ms. Hoffman’s detail-oriented approach is with the online Mamma Chia community and curious customers. The company’s robust social media presence – Twitter and Instagram are just two outlets that provide fun, informative and customer-focused interaction – reflect Janie’s initial vision for Mamma Chia: a totally authentic brand that continues to adapt and evolve in order to exceed customer expectations.

Mamma Chia’s humble beginnings are much like the chia seed itself: small, yet powerful – with the ability to influence thousands of lives for the better. What’s next for Mamma Chia? Keep an eye at your local store, chiefly the organic food shelves and coolers. Given Ms. Hoffman’s creative leadership style, firm conviction and unyielding passion, expect more Mamma Chia products, and success, in the near future.