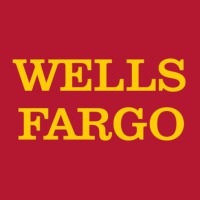 “At Wells Fargo, we are only as strong as the communities we serve,” said Sarah Bennett, senior vice president and investment manager at Wells Fargo. “Working together with Grameen America means more capital to more entrepreneurs across the country. We are excited to see them expand their reach and honored to be part of so many success stories.”

Wells Fargo’s previous EQ2 investment helped Grameen America expand operations in Charlotte, NC and the San Francisco Bay Area, providing capital to support more than 700 microloans ranging from $500-$2,500 to low-income women to build their businesses. Wells Fargo also offers retail saving accounts in select locations to Grameen America’s members who are encouraged to make weekly savings deposits as part of the Grameen America program. Grameen America works with women living below the poverty line in underserved communities who want to start or expand their small businesses. The average size of a Grameen America microloan is $2,200.

“Wells Fargo is a national leader and partner in supporting our mission to alleviate poverty through entrepreneurship in the United States,” commented Grameen America CEO Stephen A. Vogel. “Their significant long-term commitment ensures our ability to create opportunity for thousands of low-income women.”

EQ2s are patient capital in a form that resembles a below-market-rate loan.  This limited resource is reserved for Well Fargo non-profit community development partners that are working to expand affordable housing, job creation, and economic development in the communities where Wells Fargo does business.

Wells Fargo & Company (NYSE: WFC) is a nationwide, diversified, community-based financial services company with $1.5 trillion in assets. Founded in 1852 and headquartered in San Francisco, Wells Fargo provides banking, insurance, investments, mortgage, and consumer and commercial finance through more than 9,000 stores, 12,000 ATMs, and the Internet (wellsfargo.com), and has offices in more than 35 countries to support the bank’s customers who conduct business in the global economy. With more than 270,000 team members, Wells Fargo serves one in three households in the United States.  Wells Fargo & Company was ranked No. 25 on Fortune’s 2013 rankings of America’s largest corporations. Wells Fargo’s vision is to satisfy all our customers’ financial needs and help them succeed financially.  Wells Fargo perspectives are also available at blogs.wellsfargo.com.

Founded by Nobel Peace Prize recipient Muhammad Yunus, Grameen America is dedicated to helping women who live in poverty build small businesses to create better lives for their families. The organization offers microloans, training and support to transform communities and fight poverty in the United States. Since opening in January 2008, Grameen America has disbursed over $109 million in microloans to over 19,000 women. Started in Jackson Heights, Queens, Grameen America has expanded within New York City and to Indianapolis, IN, Omaha, NE, San Francisco Bay Area, CA, Charlotte, NC and Los Angeles, CA.