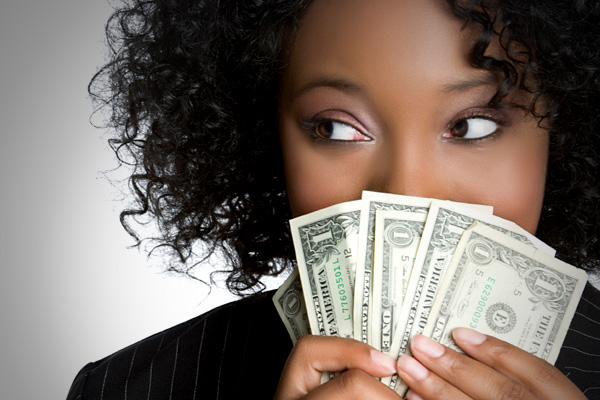 Between 2008 and 2010, minority business owners report having submitted an average of 12.7 bids for prime contracts, while the average small business contractors submitted 10.3 prime bids during that same time frame.

“Minority small contractors invested $139,709 seeking federal contracts in 2010 versus $103,827 and $86,643 spent by the average small business contractors and women contractors, respectively,” said Karen-Michelle Mirko, Director of Customer Advocacy at American Express OPEN. “Their greater investment indicates the importance minority contractors place on government contracting to fuel their businesses. Obtaining 8(a) status has proven to be a fruitful route to contract success for minority contractors – exploring this route could help other minority-owned firms access greater contracting opportunities.”

The 8(a) status offers restricted competition for qualified firms.

“With the Women-Owned Small Business (WOSB) Procurement Program now in its first full year of implementation, more women contractors will start to benefit from the program as well as the designation,” said Mirko. “The Give Me 5 program is also helping more women access and win contracts set aside just for them through a series of events, one-on-one mentorships and a comprehensive online training curriculum.” Launched in 2008 by Women Impacting Public Policy (WIPP) and American Express OPEN, the Give Me 5 program aims to educate women business owners and increase the number of government contracts awarded to women.

Although women and minority contractors take different routes to achieve procurement success, both are more likely to own larger firms versus their non-contracting peers: 42% of women and 41% of minority business owners have business revenues in excess of $1 million, coming in just under the average among all small business contractors (47%). This far exceeds the 5% of all small businesses that have achieved that level of business success.2

The U.S. government is the world’s largest single purchaser of goods and services, spending just over $535 billion in contracts in fiscal year 2011. Small businesses are in a prime position to grow their business through government procurement, since there is a 23% goal for federal spending with small firms, 5% with women-owned firms and 5% with minority-owned firms. The survey looked at how women and minority active contractors compare with other small firms in terms of overall contracting activity and success.

This survey is the second in a series of four reports that will be published from the second-annual American Express OPEN survey of small business federal contractors. The first, Trends in Federal Contracting for Small Businesses, focused on the overall environment of small firms in the federal marketplace as well as key trends seen over the past year. Future reports will focus on how contracting strategies and outcomes change with level of procurement experience, and what lessons can be shared from firms that focus on subcontracting as a procurement strategy.

The American Express OPEN Victory in Procurement® (VIP) survey reports findings from a survey of more than 740 small business owners listed in the Federal Procurement Data System (FPDS) and registered on the Central Contractor Registration (CCR), the primary vendor database for the federal government. The survey is conducted as part of American Express OPEN’s VIP program for small business contractors. The program, which includes the Give Me 5 program in partnership with Women Impacting Public Policy (WIPP), offers free resources and events to help entrepreneurs grow their business through procurement. To learn more, visitwww.openforum.com/governmentcontracting.

American Express OPEN is the leading payment card issuer for small businesses in the United States and supports business owners with products and services to help them run and grow their businesses. This includes business charge and credit cards that deliver purchasing power, flexibility, rewards, savings on business services from an expanded lineup of partners and online tools and services designed to help improve profitability. Learn more at www.OPEN.com and connect with us atopenforum.com and twitter.com/openforum.

1 An active contractor is defined as a business that is registered on the Central Contractor Registry to do business with federal agencies and is either currently performing on a federal contract or has performed on a contract within the past five years.