Female entrepreneurship is growing at an unprecedented rate. Between 1997 and 2015, an average of 608 new women-owned businesses opened per day, American Express’ 2015 State of Women-owned Businesses report states. Since 2007, this number has increased to an average of 1,072 a day. The report surveyed the 50 states to find which ones have […] 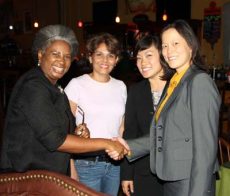 The number of businesses owned by women of color has increased rapidly since 1997 when there were just under one million. Today, that number has more than doubled to an estimated 2,934,500 accounting for one in three (32%) of women-owned firms.