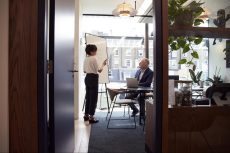 Leadership isn’t a position Maybe you aren’t the ultimate decision-maker. Perhaps you don’t manage a team of people. Or, maybe you don’t have exposure to leadership or influence over firm management. Does that mean you can’t move the needle? Absolutely not. You don’t have to be in “leadership” to be a leader. The energy and […]

Thanking your interviewer could make the difference. So…you’ve applied! You submitted your resume and got the call! Now you just need to pass the interview and get the job! Taking a moment for an extra step AFTER the interview could just be the missing link. This single action can get you hired. Putting in the […]

Build Your resume Smarter Not Harder Resume writing can be daunting. You can research details online, or look to a professional resume service. It is always handy to have resources on hand to help in composing or rewriting your existing resume and/or cover letter. These four books can offer you with a wealth of details […] 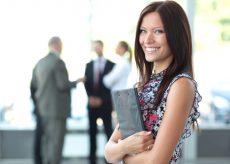 This year’s political arena has placed women and women’s issues at the center stage. Women’s economic opportunities especially seem to be a popular topic. No matter your political beliefs, cities across the nation have made strides to make their city appeal to working women. Here are a few factors to consider when looking for a […]

Female entrepreneurship is growing at an unprecedented rate. Between 1997 and 2015, an average of 608 new women-owned businesses opened per day, American Express’ 2015 State of Women-owned Businesses report states. Since 2007, this number has increased to an average of 1,072 a day. The report surveyed the 50 states to find which ones have […]

No company that makes a change in leadership takes the decision lightly. The top-down dynamic has a ripple effect that’s hard to measure, and most management shifts produce mixed results. Not so with TeleDirect, a business process outsourcing (BPO) leader. TeleDirect has many women to key positions in leadership roles, with positive results. We asked […]

Two years ago, the BBC hailed “older women entrepreneurs” as “encore entrepreneurs,” often the most successful and promising demographic in a field where failure is 90+ percent.[1] If you’re a woman considering starting a business or building your entrepreneurial brand, it pays (literally) to learn the tough lessons through osmosis. Now that a h

Female Entrepreneurs: Trending Now If you’re a woman considering starting a business or building your entrepreneurial brand, it pays (literally) to learn the tough lessons through osmosis. Now that a healthy amount of successful female entrepreneurs blazed the trails and are happy to share their wisdom, soak up as many tips as you can to […] 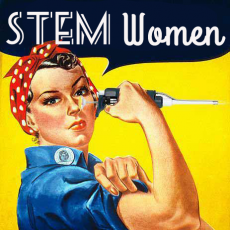 Ask any young girl in the U.S. today to name the top five leading ladies in Hollywood and they’re likely to recite with ease a complete and accurate list in less than sixty seconds. But ask them to come up with five names of past and present notable females in science and technology and they’ll […] 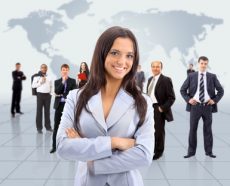 Being a woman in the business world has not always easy.  Years of struggling for equality in the workforce have helped us gain steady ground, though, and today the face of business is a lot of feminine than it ever has been before.  An impressive 51% of all management and professional positions are now held by […]

Consider that there is no longer any reason that women should have any different pay or opportunity than men anymore, and that the availability of tech jobs is skyrocketing, and suddenly you’ll see where the chance for breaking through for women in tech industries is going to be soon.

12 Things to Consider Before You Quit Your Job

What Will You Do If the Rest of Your Coworkers Are Leaving the Company?   If your coworkers are stampeding out the door, you may be tempted to join them and quit your job. In some cases, it could be an easy decision, like when your boss is dropping helpful hints about which of your […]

Sharing a Home Office: 13 Ways To Make It Work

Leadership Books to Help You Get to the Top