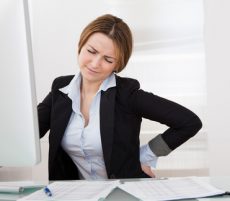 As a busy female entrepreneur, living with back pain is a double-edged sword that can slice your company’s profit margins and your personal quality family time into pieces. In fact, a 2007 study published in the Journal of Occupational and Environmental Medicine grouped chronic back pain with two other equally debilitating musculoskeletal conditions – arthritis […]

As of 2012, it is estimated that there are more than 8.3 million women-owned businesses in the United States, generating nearly $1.3 trillion in revenue and employing nearly 7.7 million people, according to the second annual State of Women-Owned Businesses Report, commissioned by American Express OPEN. The growth in the number (up 54 percent), employment (up 9 percent) […]