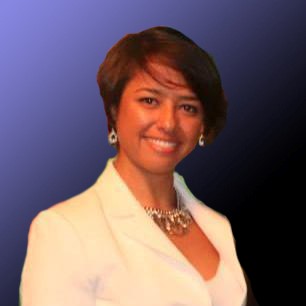 Let’s face it: we’re addicts. We can try to deny it, to stuff our phones in our pockets and resist the urge to grab it the second it buzzes, but we all know what’s going on here. Our reliance on technology rivals our reliance on people. Some have started to take issue with that, and to question the role of technology in our daily lives.

Or, perhaps, we’re not looking in the right places. Perhaps while we’re being distracted by viral videos and memes and our ex’s new relationship status on Facebook, there is a lot happening in the world of technology that we would be incredibly proud of. Perhaps while we’re busy reading headlines like “Kim Kardashian Posts Nude Photo”, we’re missing headlines like “Child Prodigy Becomes Her Own Caretaker, Single-Handedly Pays Bills For Entire Household”, and “Brazilian Teenager Starts Her Own Technology Company, Helps Provide Education for Thousands”, and “Meet the First Latina Chief Technology Innovation Officer (CTIO) of a U.S. Public Company.” Perhaps if we paid more attention, we’d be excited about the future of technology…especially when we discover that the last three aforementioned headlines were made by the same person.

At the age of ten, Taynah had everything going for her. She went to a private Catholic school, where her teachers would challenge her by allowing her to supervise, and even occasionally teach, her classmates. When the bell rang for the day, she transformed into an extracurricular queen, training extensively in ballet, voice, and piano. She also took adult-level computer programming classes on the side.

In 1999, everything changed, as 11-year-old Taynah watched her family grapple with a staggering financial crisis. Her mother went back to work for the first time in years to keep Taynah’s privileged life and education out of jeopardy. Sadly, it wouldn’t be enough. The following year, both of Taynah’s parents were injured in a major car accident, leaving them in comas for six months – and Taynah without a caretaker. Even more devastating, none of her parents’ combined 26 siblings offered to help. She was on her own.

And so, Taynah decided to do what she thought any normal 12 year old girl would do: she took on the entire financial burden herself. She utilized her technological expertise and started doing web design work for local businesses. “I used to go through the entire phone book and call them one by one asking if they needed a website.” Don’t be fooled by her politeness, though – Taynah rarely took ‘no’ for an answer.

“Whenever a restaurant would try and say ‘no’ to me, I would just tell them that I was designing the website for their competitors down the street, and that their website was going to attract so many more customers. I would tell them that if they wanted to stay relevant, they needed me.” Her unyielding efforts paid off: Taynah made enough money to pay the rent, electric bill, gas bill, and telephone bill, all by herself. Not to mention, she was still a student at her prestigious private school, which she was only able to attend thanks to a scholarship.

She could have been resentful. She could have cursed her luck and trudged through every day with a heavy heart and a tired mind. But she didn’t. On the contrary, Taynah was happy to be able to do for them what they did for her all through her childhood. Grateful as ever, she jumped at the opportunity to pay it forward. She hasn’t stopped since.

The moment Taynah turned 16, and could legally start her own technology company, NEXTHUNDER was born. Her parents, who had luckily recovered, were her first client: their NGO gave Taynah an ideal platform to help millions of people at a time in the best way she knew how. She taught a plethora of classes in web design, programming, and hardware to millions of families. “I even got a local university to donate 300 computers to her classes, so that I could take them apart and teach my students how to put them together,” she recalls.

In the year that followed, Taynah took her unparalleled technological innovation to the next level. At 17, she was chosen by the UN to be a Project Assistant for the UNDP (United Nations Development Programs). There, she realized something that would guide the rest of her work from there on out: the value of having information in real time. Taynah estimates, on average, that the average time from preliminary research to tangible impact on her UN projects at that time was about six years. “That’s too long!” she exclaims fervently.

“What I want to make is technology for social good: using technology to help people. But we can’t help too many people if everything is going to take six years!” So, when she left the UN, she started a social network for agricultural farm families, where they could sell their products directly to public schools. It was efficient and straightforward, with a nearly instantaneous impact. This system was in place from 2006 to 2013, and was recognized by the President of Brazil in 2010.

Her next project, a few years later, adopted this same sense of urgency, and got the same immediate results. Dot of Inclusion was an initiative that brought free internet access and online classes to computers in thousands of coffee shops throughout Brazil. Avance Brazil, Microsoft and IBM all teamed up to bring Taynah’s vision to life, going so far as to create mobile learning centers (read: super cool buses outfitted with rows of computers and WiFi!) to accommodate the areas of Brazil without public spaces offering access to computers. Dot of Inclusion reached over 20,000 people in the course of a year.

As a trained classical vocalist and pianist, Taynah had always had a passion for music. So, in the midst of changing the world, she found time to sing the lead vocal in a house music collaboration called 4SUN. The group was a geographically motley mix, with a DJ from Hong Kong, a saxophonist from San Francisco, a violinist from Chicago, and a singer, of course, from Brazil. As exciting as this intercontinental musical endeavor was, it was also a logistical nightmare. “I quickly found that the quality of the existing file sharing servers and music software couldn’t keep up with my needs,” she explains.

“So, I created my own.” ALLBETUNED, a web-based program that streamlined the music collaboration process like never before, went on to win the 2012 SXSW Music and Media Award, the 2012 Cannes Music Conference Medem Award, and the 2012 AT&T Hackathon. Following the program’s breakout success, Taynah was invited to speak at nearly every major music technology festival in the world. That same year, ALLBETUNED went live to create the theme song for Hillary Clinton’s Walk a Mile Conference. This August, it will be live once again, as it creates the theme song for the 2016 Summer Olympics in Rio.

“My father helped over 3 million people; I want to help over 3 billion,” Taynah declares confidently. Since her work with the UN, Avance Brazil, and the Brazilian public school system, Taynah has only continued to raise the bar in terms of her signature “technology for social good”. With Wikipax, the self-proclaimed “Wikipedia for social good”, Taynah hopes to create a crowdsourced database of all the volunteering, advocacy, and philanthropy efforts happening worldwide. “People want to help and don’t know how. I want to create a site that will answer the question, ‘If I want to volunteer right now, where do I go?'”

Additionally, Wikipax will also help more accurately track our collective progress. “It’s a group effort – so if someone posts about a volunteering opportunity and says there are 1,000 people there helping out, but there are really only 5….someone else there will be able to correct them!” And, perhaps most importantly, Wikipax will help identify the true needs of communities worldwide, ensuring that the kind of help being offered is help that will truly make a difference. “People don’t know what the real needs are. Dell sent thousands of computers to towns in Africa that don’t have electricity! They used them as door stoppers! I want to make sure that never happens, ever again.”

Taynah also feels strongly, as she should, about the younger generations’ involvement with social causes. In an attempt to raise their awareness levels, she has spent much of her time developing socially-conscious apps and games, such as Green Cross Brazil’s “Save the Fish” and Midwest Food Bank’s “World Food Collector”. These games incentivize children and young adults to play by introducing a philanthropic tie-in. In “World Food Collector”, for every three virtual meals the player gathers, a real meal is donated to someone in need. “Doing good is not very easy these days,” Taynah states. “I intend to change that.”

In March of 2015, Taynah moved from Brazil to New York City. Six months later, she landed a consultancy at Tarsier Limited, a publicly traded energy company focused on smart city and data management technologies. Her first project was designing smart technology for streetlights in Chicago – in essence, smart poles – that could be equipped with security cameras, electric car chargers, and WiFi, which would make every streetlight a transmitter of traffic data, weather info, and more.

Tarsier was so impressed by her work that they hired her as the Chief Technology Innovation Officer – making her the first Latina CTIO of a public U.S. company. Next up, she’s working on a new platform that has the potential to revolutionize how we look at, manage, store and use data. “Being the CTIO at Tarsier is a huge step for my “Big Data” vision. I now have the structure, team, and budget, I needed to compete on a global level, and that’s beyond exciting.”

Taynah has said a world’s worth of passionate quotes, but nothing with as much conviction as this one: “We don’t have enough good female role models.” Especially after hearing her story, and being reminded that people like her exist, I am in complete and utter agreement. Today’s role models are, for the most part, fueled by aesthetics. More often than not, the Kardashians are talked about for their looks. Musicians and actresses, they’re all beautiful. We need female role models that transcend the aesthetic trap. The amount of attention paid to “beauty” is beyond excessive; even the well-intentioned “positive” body image and “real beauty” campaigns are perpetuating the problem, merely by existing.

Taynah’s story reminds women everywhere that they are more than their faces and bodies. They are minds and souls and hearts, and are capable of truly extraordinary, non-beauty related things. “Women need to learn to do things without the fear of being women. We can do it!” Taynah insists. “You know, you see all the statues of historical figures…in parks, on streets. I wonder, who will we be building statues of?”

With any luck, it’ll be you, Taynah. But only if that statue can be equipped with satellite capabilities that load every headline you’ve ever made onto the cell phones of all passersby within 50 feet. Because that’s what technology is all about: uniting people worldwide, pooling our resources, and making the world a better place.

And maybe the occasional cat video.