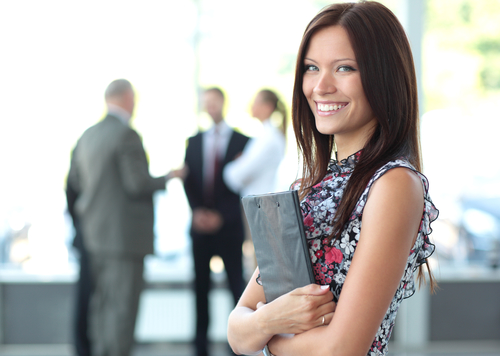 This year’s political arena has placed women and women’s issues at the center stage. Women’s economic opportunities especially seem to be a popular topic. No matter your political beliefs, cities across the nation have made strides to make their city appeal to working women. Here are a few factors to consider when looking for a job and some moving tips to know if the city is right for you:

You have put in your time and are one of the best in your field, so you want to be paid as such. National statistics show that women get paid only a fraction of their male counterparts, so finding the best city means balancing the rate of pay with the gender discrepancy. According to Forbes, the best city for this is San Francisco, California, where the average woman made more than $65,000 in 2010. This is still only 75 percent of the male’s average earnings, but it is better than most of the high-paying cities in the nation.

Moving tip: San Francisco prides itself on being environmentally friendly. Be prepared to recycle, shop at farmer’s markets for organic produce, compost and limit your water use. Use Carbon Footprint’s calculator to see what your environmental impact is and how you can reduce it.

Best for Finding a Job: Bethesda

You can’t get paid for a job if you don’t have a job. One of the best places to find work is Bethesda, Maryland, which has an unemployment rate of 5.2 percent. When talking about percentages, it is important to look at the total job environment. There are cities in the United States that have almost no unemployment, but they also have a small job force. Bethesda has nearly 43,000 people in its downtown workforce and work possibilities abound in neighboring Washington, DC.

Moving tip: You are close to other major cities like Baltimore and Washington DC. New York also is only a short train ride away. Take advantage of your proximity to explore all that the East Coast has to offer.

If you want to start your own company, the Big Apple is the place to be. According to a collaboration between Dell and IHS, New York City has the best balance between five domains that are conducive to female startups. These are talent, access to capital, useful technology, sizable markets and an overall positive entrepreneurial culture. When these criteria are well blended, the community as a whole tends to thrive. There is a direct link between the success of women-run entrepreneurial ventures and the welfare of the community at large.

Moving tip: Living in New York City can be expensive and intimidating. Check out a site like ForRent before you move to find an apartment you can afford and has the amenities you need.

When discussing workforce trends, technology tends to get its own special category. This is especially true when differentiating between genders because women are traditionally underrepresented in STEM fields. For technology jobs, the best place to be is San Jose, California. Seated in the middle of Silicon Valley, San Jose is home to high profile companies like Apple, Google and Facebook. More importantly, the city houses smaller companies that support the activities of these three tech giants. Since it is only an hour from San Francisco, San Jose shares some of its salary profiles, so you can be assured to make a good living.

Moving tip: San Jose has great weather for being outside and walking from place to place. Just make sure you watch where you’re walking because the light rail travels on the sidewalk and can come out of nowhere.

In the past, women were told to keep an eye on their work-home balance. Today, this sentiment has fallen to both genders. The best place for women based on economics, health care and social well-being is Minneapolis, Minnesota, according to WalletHub. Minneapolis boasts eight universities, a lovely natural environment and a wide range of employment programs. If you are looking at a well-rounded place to work or start your business, then Minneapolis may be the place for you.

Moving tip: Minnesotans love being outside. It’s common to ride your bike over driving and winter sports like skiing and ice fishing are a must. Come prepared with appropriate winter attire.

There are many factors to consider when looking for a job. Women need to take the extra time to make sure they’re being paid fairly and are getting the benefits they deserve. Some cities are better than others for your needs, so do your research and decide on the best place for you.