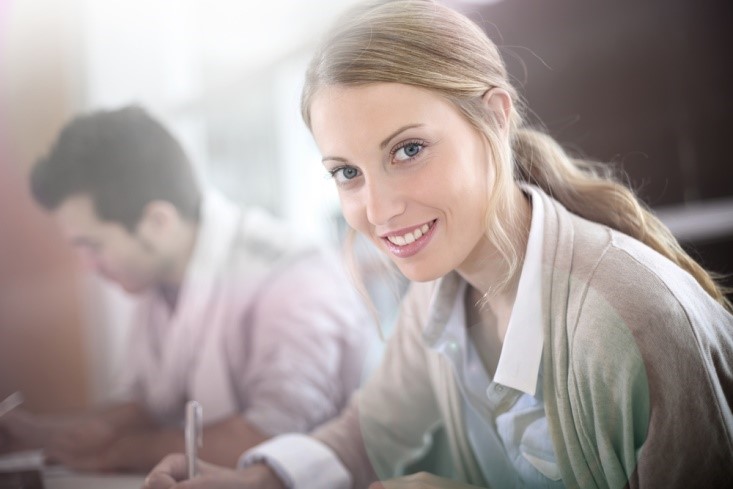 In the noble pursuit of gender equality, business schools across the nation have devoted the past few years to encouraging more women to enroll in business education. Dozens of universities have enacted affirmative action goals to recruit more women into MBA programs ― and for the most part, it has worked.

Women now compose more than 36 percent of business school enrollment, which is a steep climb from roughly 32 percent in 2011; even better, some individual institutions, like Stanford, report their rates of female business students as upwards of 40 percent. These improvements in women’s education are wonderful predictors of increasing fairness in American workplaces.

Unfortunately, not everyone sees it that way. As much as 34 percent of business school applicants believe that the business school admissions process is substantially less rigorous, thanks to attempts to attract and integrate women. Indeed, plenty of schools have created scholarships specifically for female applicants, and some female students receive special perks, like mentor pairing, that male students must work for. Such developments make many wonder: Is business school the same for men and women?

Contrary to what many men want to assume, the application process for women and men is exactly the same. Business schools are not so eager to fill classrooms with minorities that they will accept any female applicant regardless of history; business schools still demand passionate, high-achieving students to complete their programs. By inviting less-qualified women to join their programs, business schools would only lower their reputations by failing to produce the same quality of business leaders they did in the past.

Women seeking advanced business education must complete the same rigorous test and submissions as male applicants do: the Graduate Management Admissions Test (GMAT), recommendation letters, personal statements, essays, etc. The purpose of these measures is to find the best students possible ― those most capable of surviving the classes and giving the school a good reputation with excellent work ethic post-graduation. The male concern over unfair application processes is utterly unfounded.

Though their experience in business school may be relatively similar, business school graduates begin receiving unequal treatment almost as soon as they obtain their first jobs. Even equipped with the same advanced degrees, men earn more than women: After Columbia Business school, female alumnae earn about 2.7 times their pre-MBA salary while men take home more than 4 times what they made before business school.

The disparity isn’t obvious at first, but men and women begin to diverge in earnings toward the middle of their careers, when men can earn upwards of $30,000 per year more than women in base salary, which doesn’t account for year-end bonuses (which men tend to earn more of). Additionally, men are much more often in leadership roles, managing teams of five or more, while women usually only control three subordinates, if any.

Despite these facts ― or perhaps because of them ― women still stand to earn more by pursuing business school degrees, which is actually why so many business schools are eager to increase their female numbers. More business-educated women allows for more women in higher positions within the nation’s largest and most powerful companies.

As women infiltrate boardrooms and the c-suite, America will have more opportunities to end widespread gender disparities, including the wage and leadership gap described above, as well as issues like unpaid parenthood leave, unpaid childcare, and more.

In addition to business schools’ efforts to reach gender parity in their classrooms by admitting a higher percentage of woman than in years past, several groups are doing more to encourage women to pursue a business career.

For one, there is some interest in allowing women to use their Graduate Record Exam (GRE) results in business school applications, which is appealing because it opens up women’s possibilities post–undergraduate degree. Additionally, outreach programs performed by universities serve to stir up interest in business school among young women. Programs facilitate women’s business education by connecting women with work opportunities and female mentors to guide them through their career decisions.

Though true gender equality in business school may not yet exist, it isn’t far off. The next generations of women may seem better representation in business school ― and therefore businesses around the world ― thanks to today’s efforts to entice women into enterprise.