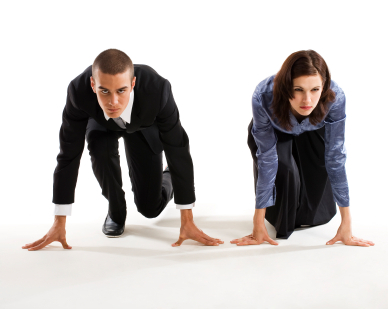 In almost every country, women lag when it comes to entrepreneurship, according to data from a report released Wednesday by by the nonprofit Global Entrepreneurship Monitor and Babson College.

And despite their comparatively higher educational attainment and wealth, Western women were far less likely to start a businesses than women in emerging economies, in part because stronger private sectors in developed nations make the temptation to remain an employee hard to resist.

Researchers surveyed 90,000 women in 59 countries and regions on how they feel about the prospect of starting and running a business. The percent of entrepreneurs that were female varied from 16 percent in South Korea to 55 percent in Ghana — the only economy with more female than male entrepreneurs. In the United States, nearly half of entrepreneurs are women.

The report split the world’s economies into three types: factors-driven, which are in the early stages of development, efficiency-driven, where industrialization has taken hold, and innovation-driven, which move toward knowledge based and service businesses.

Out of the innovation-driven economies (which are mostly in Europe, North America or Asia), women in the United States felt the most capable of starting a business, but those in Sweden had the most entrepreneurial intentions. Those in Japan and Korea had the least entrepreneurial attitudes.

Those countries pale in comparison to the factor-driven economies, which are largely in Latin America and Africa. Women in less-developed nations were about twice likely to spot opportunities to start businesses and feel capable of entrepreneurship than women in more developed countries: 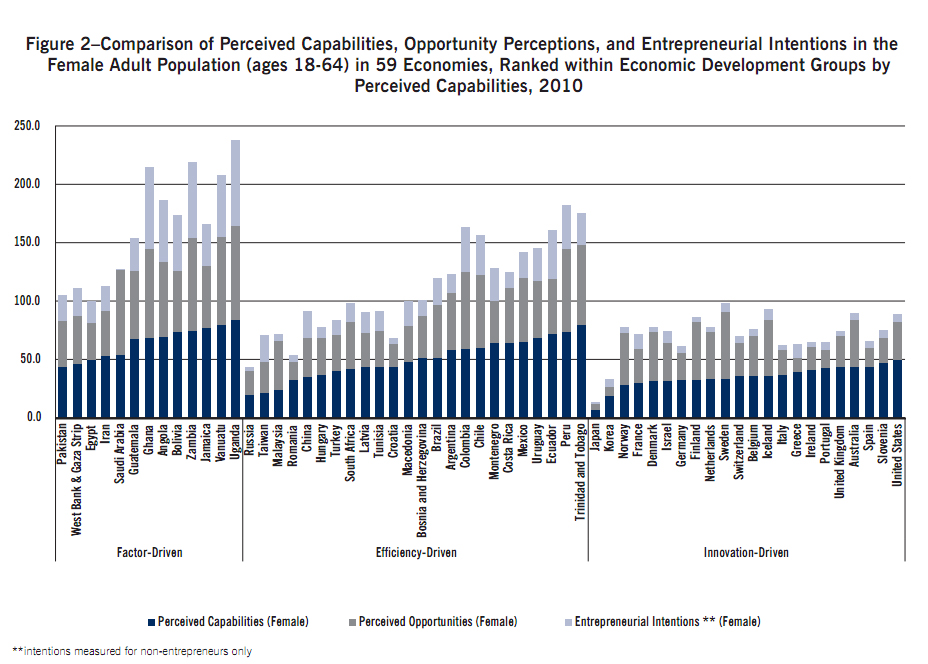 In fact, women in developed countries have actually become more pessimistic about entrepreneurship during the past nine years, even as the Internet economy and startup scene has exploded. “From 2002-2010, this report shows that these perceptions about entrepreneurial opportunities declined among women in most developed economies,” the study’s authors write.

Women in nearly every country were also more afraid than men that their businesses would fail. They were least afraid in Ghana and most afraid in Greece. 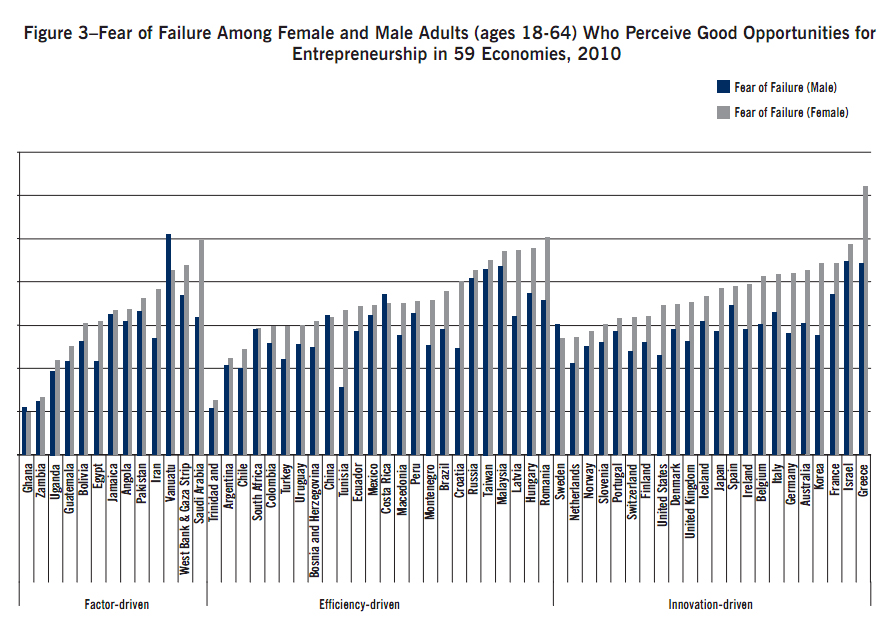 So what makes a Ghanian woman feel so much better about entrepreneurship than a German does?

First, to be a business owner in a developing economy means something completely different than being one in Europe or in the U.S. As one of the study’s authors points out, the enterprises cropping up in developing nations are not usually in need of millions in venture capital funding.

“People have different types of businesses in mind at different economic levels,” said Donna Kelley, a Babson entrepreneurship professor. “There are different capabilities necessary to run a necessity-driven, smaller type of business, but a service-oriented business might be more capital-intensive.”

Second, there are fewer opportunity costs for women thinking about starting a business in a developing economy. Women in the U.S., Europe or Japan who want to start their own businesses have to give up a steady paycheck, reliable hours and, in some cases, health insurance benefits in order to strike out on their own. But in factor-driven economies, more than a third of women start businesses purely out of necessity.

“As you get into the middle-development level, there are more jobs as employees,” Kelley said. “You may not have that choice in less developed countries.”

Finally, entrepreneurship has a bit of a snowball effect. In places with a high percentage of women entrepreneurs, like the island nation of Vanuatu, women are far more likely to personally know a female business owner and to turn to her for mentorship or guidance. But in more developed economies, female would-be CEOs may not relate as easily to the model entrepreneurs that Westerners revere, such as Mark Zuckerberg or Oprah.

“We have a very skewed idea of what it means to be an entrepreneur and what it takes to play in that economy,” said Patricia Greene, board chair of the Center for Women’s Business Research.