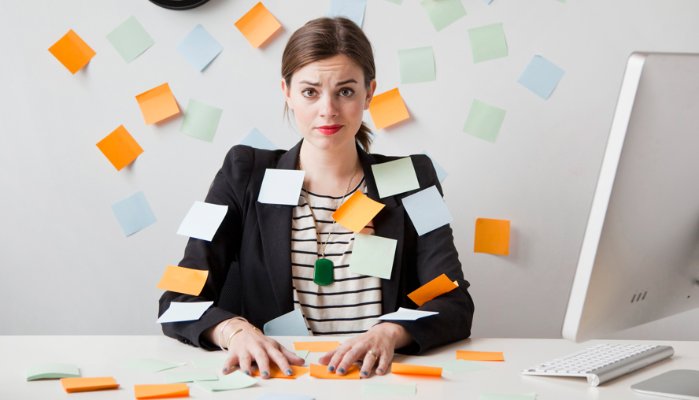 The biggest frustration with work can often be the time wasted. You’re in the office for approximately eight hours a day, but how much of the time is actually spent getting work done?

Besides the fact that an 8 hour work day is bogus and nobody really wants to do it, let alone is productive at it, here are ways you can increase your productivity in the office so that maybe, just maybe you’ll be able to clock out a little early or convince your boss that less time in the office is actually time better and more productively spent.

In your normal life, it’s a good idea to not allow your phone or your computer to send you notifications every time somebody sends you an email or comments on your photo on Facebook. Social media is a monster that eats time and productivity for breakfast, second breakfast, elevenses, luncheon, afternoon tea, and all the things after and in between.

You don’t need to know somebody retweeted your tweet the moment it’s done. It’s ridiculous, so turn the notifications off, especially during work. You won’t get so distracted and you’ll get more done by default.

In the office, you might count taking a break as checking your email or going to the break room and catching up on all of the gossip that’s running about the office. You also might think taking a break is going for a run around the city on your lunch. While exercise is great for your body and mind…you might want to consider actually taking a break during your break.

Do something that brings you rest. Take a nap. Listen to music. Strike a yoga pose. Whatever you do, make sure it works for you and you feel recharged and ready to take on another couple hours of work.

Organize Yourself and Use Your Resources

Technology can be a blessing and a curse. You might be distracted by it, but it can also help you get a lot done. For instance, if it’s your break and you really need to grab something to eat or you ran out of staples or paperclips and need to buy some at the store, a quick search will tell you what stores are nearest to you and if they’re open, and you’ll be able to use your time and resources wisely to get more done in far less time.