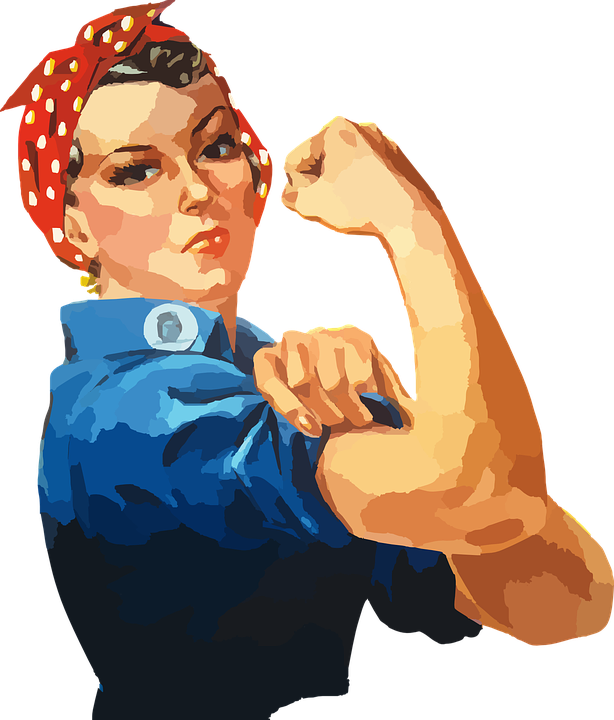 Women have been working together to strive for a better community since before the days of the Suffragettes. Though we’ve had some tough barriers to overcome, women have continued to push for opportunities to improve their communities and the world. The future for women in business is becoming brighter and brighter, with contributions from women throughout the world.

Women are becoming exceptional in the field of social entrepreneurship by starting businesses that strive to improve the circumstances of their communities. Advancement in women’s education is helping to make the dreams of these advocates come true by opening up more opportunities in the workplace to have leadership roles. Women are choosing to be do-ers rather than dreamers through motivation, hard work and devotion which, in turn, builds the confidence necessary for women to be go-getters.

The tech industry can be a field where women are often underestimated. In a world largely run by men, women can sometimes feel like they don’t have a voice. This didn’t stop Kris Appel from founding a seed company called EncorePath that develops technology to help improve the function and range of motion of people who have had strokes or brain injuries.

Women-run startups similar to this are gaining momentum in the market, earning the attention of many people keeping a close eye on Silicon Valley. Women are now playing the role of CEO and founder in a world where they previously may not have had an opportunity like this. These new leadership roles give women a chance to make a difference in their communities.

Being a woman can present an array of challenges when starting a new business. America has largely changed its views on women leaders. However, there are still some countries like Pakistan and Brazil that make it challenging for a woman to start their dream business. Being a woman in the entrepreneurial world is far from impossible though.

The Self Employed Women’s Association, founded in India, works with low-income women to develop career opportunities. These women are using skills they developed in life to create products to earn profit. Most of these women use handicraft skills like basket weaving, dressmaking and cobbling to earn an income for their family and feel like they have a positive role in the world.

Entrepreneurship is not designated solely to women who have graduated college and earned an education. Even young women are doing their part for the community and helping others.

Nadya Okamoto was 18 years old when she started her first business, Camions of Care, delivering menstrual products to homeless women. She started a menstrual movement after spending some time as a homeless teen during high school. She is now improving the lives of women who are experiencing the same thing by giving them access to their most basic of needs, empowering more women even younger than her to do the same.

In a comparative study performed by the British Council, Mark Richardson, lead researcher, found that while women are making strides in the entrepreneurial industry, there are still barriers that women face that men don’t typically have problems with, like the gender gap and even driving in some countries. With time though, this will probably be improved with help from the immense successes that female entrepreneurs will have in the future.

Women have felt challenged in business in a variety of ways. First, they felt that more time was being demanded from them what with their responsibilities like home and family commitments. They were also given fewer opportunities in the financial realm because they typically made less than men.

The mental barriers were severe as well, with women experiencing less confidence in their skills and abilities and feeling a greater fear of failure. Female role models are scarce, which doesn’t help these entrepreneurs find someone to look up to and learn from. And, of course, there was a certain amount of prejudice and discrimination that women suffered as well.

Despite all of the barriers that women have faced historically and even now, they have managed to make a name for themselves in the business world, the entertainment industry, the military and many more places. Slowly but surely, women are gaining the power to feel proud of their voice, their abilities and their accomplishments, one win at a time.